Pastor Jim Kerwin and his precious wife Denise discuss the great need for us to walk in forgiveness. If we fail to forgive others, we will not be forgiven and those great mountains in our lives will NOT be removed (See Mark 11:23-26). Sister Denise uses a story from Corrie Ten Boom’s life to illustrate the process in a more granular way. If you choose to forgive, then Jesus himself will give you the strength to forgive others regardless of who was right or wrong. Make the decision to do this and to walk in forgiveness, lest the poison of bitterness turn your heart against Jesus and against others. (Pastor Jim and Denise provided some outstanding notes, which are shown below for your benefit.)

He who conceals his transgressions will not prosper,
But he who confesses and forsakes them will find compassion.

If we confess our sins, [then] He is faithful and just to forgive us our sins and to cleanse us from all unrighteousness.

Even then, the confessing and forsaking of our sins must be done in within the context of a greater condition— belief in Christ Jesus as Savior and Lord:

“Of Him all the prophets bear witness that through His name everyone who believes in Him receives forgiveness of sins.”

“Therefore let it be known to you, brethren, that through Him forgiveness of sins is proclaimed to you…”

Conditional for Believers, Too

[If time, include Mark 11:24-26, about how unforgiveness ties in with faith and affects prayer.]

(kathōs, to the very same degree) that the Lord forgave us.

No wonder the Psalmist says, “There is forgiveness with You, so that You may be feared.”  Forgiveness is not automatic, nor is it irrevocable.  Forgiveness is conditional in the following ways:

1 A Song of Ascents. Out of the depths I have cried to You, O LORD.

2 Lord, hear my voice! Let Your ears be attentive To the voice of my supplications.

3 If You, LORD, should mark iniquities, O Lord, who could stand?

4 But there is forgiveness with You, That You may be feared.

5 I wait for the LORD, my soul does wait, And in His word do I hope.

7 O Israel, hope in the LORD; For with the LORD there is lovingkindness, And with Him is abundant redemption.

8 And He will redeem Israel From all his iniquities.

[From the story of the withered fig tree]

24 “Therefore I say to you, all things for which you pray and ask, believe that you have received them, and they will be granted you.

25 “Whenever you stand praying, forgive, if you have anything against anyone, so that your Father who is in heaven will also forgive you your transgressions.

26 [“But if you do not forgive, neither will your Father who is in heaven forgive your transgressions.”]

Matthew 18:21-35 Then Peter came and said to Him, “Lord, how often shall my brother sin against me and I forgive him? Up to seven times?” 22 Jesus *said to him, “I do not say to you, up to seven times, but up to seventy times seven. 23 “For this reason the kingdom of heaven may be compared to a king who wished to settle accounts with his slaves. 24 “When he had begun to settle them, one who owed him ten thousand talents was brought to him. 25 “But since he did not have the means to repay, his lord commanded him to be sold, along with his wife and children and all that he had, and repayment to be made. 26 “So the slave fell to the ground and prostrated himself before him, saying, ‘Have patience with me and I will repay you everything.’ 27 “And the lord of that slave felt compassion and released him and forgave him the debt. 28 “But that slave went out and found one of his fellow slaves who owed him a hundred denarii; and he seized him and began to choke him, saying, ‘Pay back what you owe.’ 29 “So his fellow slave fell to the ground and began to plead with him, saying, ‘Have patience with me and I will repay you.’ 30 “But he was unwilling and went and threw him in prison until he should pay back what was owed. 31 “So when his fellow slaves saw what had happened, they were deeply grieved and came and reported to their lord all that had happened. 32 “Then summoning him, his lord *said to him, ‘You wicked slave, I forgave you all that debt because you pleaded with me. 33 ‘Should you not also have had mercy on your fellow slave, in the same way that I had mercy on you?’ 34 “And his lord, moved with anger, handed him over to the torturers until he should repay all that was owed him. 35 “My heavenly Father will also do the same to you, if each of you does not forgive his brother from your heart.”

Mark 11:20-26  And in the morning, as they passed by, they saw the fig tree dried up from the roots.  21  And Peter calling to remembrance saith unto him, Master, behold, the fig tree which thou cursedst is withered away.  22  And Jesus answering saith unto them, Have faith in God.  23  For verily I say unto you, That whosoever shall say unto this mountain, Be thou removed, and be thou cast into the sea; and shall not doubt in his heart, but shall believe that those things which he saith shall come to pass; he shall have whatsoever he saith.  24  Therefore I say unto you, What things soever ye desire, when ye pray, believe that ye receive them, and ye shall have them.  25  And when ye stand praying, forgive, if ye have ought against any: that your Father also which is in heaven may forgive you your trespasses.  26  But if ye do not forgive, neither will your Father which is in heaven forgive your trespasses.

Matthew 5:21-24 “You have heard that the ancients were told, ‘YOU SHALL NOT COMMIT MURDER’ and ‘Whoever commits murder shall be liable to the court.’ 22 “But I say to you that everyone who is angry with his brother shall be guilty before the court; and whoever says to his brother, ‘You good-for-nothing,’ shall be guilty before the supreme court; and whoever says, ‘You fool,’ shall be guilty enough to go into the fiery hell. 23 “Therefore if you are presenting your offering at the altar, and there remember that your brother has something against you, 24 leave your offering there before the altar and go; first be reconciled to your brother, and then come and present your offering. 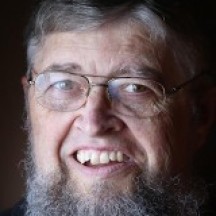 Jim Kerwin is an itinerant Bible teacher who ministers in the Americas. For more of Jim’s teachings, visit his ministry’s websites: https://FinestOfTheWheat.org and https://KernelsOfWheat.com.

Previous
Feed My Sheep!
Next
Learning to Stand Upon the Promises of God
Today The Fire Of God When We Pray
Yesterday Cry Aloud while You Have…