There’s a pervasive attitude, especially in the modern American church, that God is simply a means rather than an end. We’ve  simply opted in large part to use God to get what we could from Him. So I will serve God as long as gives me what I want and then if He doesn’t give me what I desire than I’m out, or I’ll stay out of a sense of duty and become a religionist. Humanism has led to the shipwreck of many, including myself, not even knowing why at the time. Others have simply become religionists and that kind of shipwreck is the most terrifying type because in it, we delude ourselves in that we’re serving God. This lie keeps God’s people from true repentance and I pray that will it break your heart as it has mine as you listen.

God used a man over 50 years ago, Paris Reidhead, in this precious sermon, Ten Shekels and a Shirt to unveil the lie of humanism, which now has consumed our culture to such an incredibly large extent. I’ve included the entire sermon as a link above and the audio link below contains a short excerpt (just over 12 minutes) from something called “Revival Hymn”  but I would encourage you to listen to the message in its entirety. 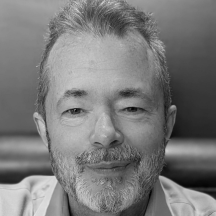 Follower of Jesus, quasi-tech webmaster. Pursuing Jesus with all of my heart!

Previous
The Deep Truth about Revival (November 4, 2004)
Next
The Three Stages of Life
Yesterday Do Not Be Deceived There Is…
Jan 30 God Is Real!